Over the past decades, much national and international research has been dedicated to the way that people allocate their time in daily life. Often a distinction is made between three rough domains: obligatory time, personal time and leisure. Obligatory time then includes all time spent on education, paid work, care for others and household tasks. Personal time includes all activities related to caring for one’s own body (eating, sleeping, bathing) and leisure is composed of activities such as social contacts, ICT-use and relaxation (SCP, 2013). In the Netherlands a new time budget study is conducted every five years to obtain insight into the time allocation of the Dutch. This has been done since the 1970’s, first by the Netherlands Institute for Social Research (SCP) and later in cooperation with Statistics Netherlands (CBS) (SCP, 2013). Within this research Dutch respondents fill in a diary for a restricted period of time and report within certain time slots on the activities that they have undertaken.

Every five years SCP publishes a new report on the time allocation of the Dutch and the changes that have taken place since the last research. In the last report ‘Keeping an eye on the time’ (SCP, 2013), it was shown that on average the Dutch spent about 77 hours per week on personal time, almost 48 hours on leisure and 41 hours on obligatory time. When these results are compared to the research that was done five years earlier, a decrease in obligatory time and an increase in personal time is visible. We might be tempted to conclude from this that the Dutch have become less busy over the past five years. However, these numbers consider the average Dutch population. Taking a closer look, this conclusion becomes increasingly blurred. For instance, with regard to a decrease in obligatory time, this is only true for respondents who have a part-time job or who do not work. The full-timers actually increased their obligatory time during this period. Apart from these disproportionate changes over time for different groups in society, the report also shows that there are large differences in the time that people for instance have available for leisure. While non-working people have about 59 hours of leisure each week in 2011, the full-time employed only have 39 hours (SCP, 2013).

People are always available for work issues, even during their leisure time.

Conspicuous leisure
Taking these findings to a more abstract level, previous research on time allocation often found that there are substantial differences between people with different social background characteristics. These differences occur in the amount of time that people have available, but also in the way that they spent this time. Already in the 19th century Veblen (1899) argued that the upper social class distinguished themselves from the lower classes by their conspicuous consumption and use of time. In Veblen’s day, the wealthy upper class had an abundance of time on their hands, because they could afford not to work. They used their leisure time and consumption in such a way (conspicuously) that it was clear to others that they had abundant time and money to spent without having to work. They elevated their social position in the eyes of others by for instance throwing diner parties and showing the use of many servants or buying very expensive and uncomfortable clothing for their wives. Nowadays, Veblen’s theory can still be used to some extent. For instance, some people like to buy only A-brand clothes, not merely for the presumably better quality, but also to show off to others. However, there also exists an economic paradox which was not present during the time Veblen lived: the most income-rich are also the most time-poor people (Sullivan and Gershuny, 2004). This paradox is argued to lead to time stress, because one has to keep consumption up in a world in which we have increasingly more consumption items to choose from, while consumption time becomes increasingly limited. Linder (1970) referred to this societal group as the ‘Harried leisure class’. This harried leisure class has to find ways to increase the yield of their leisure time, for instance by consuming multiple goods simultaneously, which makes leisure time more harried. 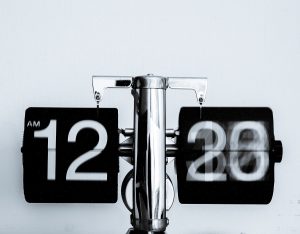 Time stress does not only occur as a result of having less time to spend your money. Another important factor nowadays is that work is no longer seen as degrading and something for the working classes (like in Veblen’s time), but as a means to obtain status. In addition, work has become more pleasant than in earlier times. There is more room for autonomy, people are more flexible in when and where they work and they have an opportunity to develop themselves. That results in people working longer hours, but not only at the work place. Because of technological developments it is possible to work whenever and wherever you like. This might seem like a big advantage of our time, however it also means that the previously clear boundaries between work and leisure time are becoming increasingly blurred. People are always available for work issues, even during their leisure time. For instance, it is very easy to just check your email while having dinner with your family. This blurring of boundaries is also thought to lead to increasing time stress.

Being stressed for time may affect how satisfied you are with the amount of leisure time that you have, but also with how satisfied you are with the way that you spent your leisure time. Let’s consider two examples about how this satisfaction may also depend on certain background characteristics of people[i]. Overall, the Dutch seem to be quite satisfied with their leisure time: they give it a score of 7,2 on a scale of 0 to 10. However,  there are significant differences between the non-employed (7,6), the part-timers (6,3) and the full-time employed (6,8). Part-timers thus score lowest on leisure time satisfaction, which might sound surprising, However, part-timers are also mostly Dutch mothers who combine work and family tasks. It is well-known that mothers’ leisure time is often spent in the presence of their children, because of which it might not be considered pure leisure time. Furthermore, mothers’ leisure time is more often interrupted by chores that have to be done. With regard to the way that people spent their leisure time, the non-employed (7,2) are more satisfied than the full- and part-timers, who are equally satisfied (6,8).

Time allocation, time stress and leisure time satisfaction thus seem to be related to the social backgrounds of people. This makes some issues on time allocation more complicated than they seem at first sight. As a result, it is important to conduct further research on these differences and to take them into account in debates on these topics.

[i] The data of the Dutch LISS (Longitudinal Internet Studies for the Social sciences) panel of 2014 is used for the remaining part.

Dr. Kirsten Stam is currently employed as research policy officer at NHTV Breda University of Applied Sciences. In 2015 she obtained her PhD in sociology on the subject ‘Work ethics in European countries’ at Tilburg University and at the same time she was a lecturer and researcher at the academic bachelor of Leisure Studies at NHTV. Until recently she taught courses in quantitative research methods and on time allocation in the domains of labour, care and leisure.