Way of the Cross 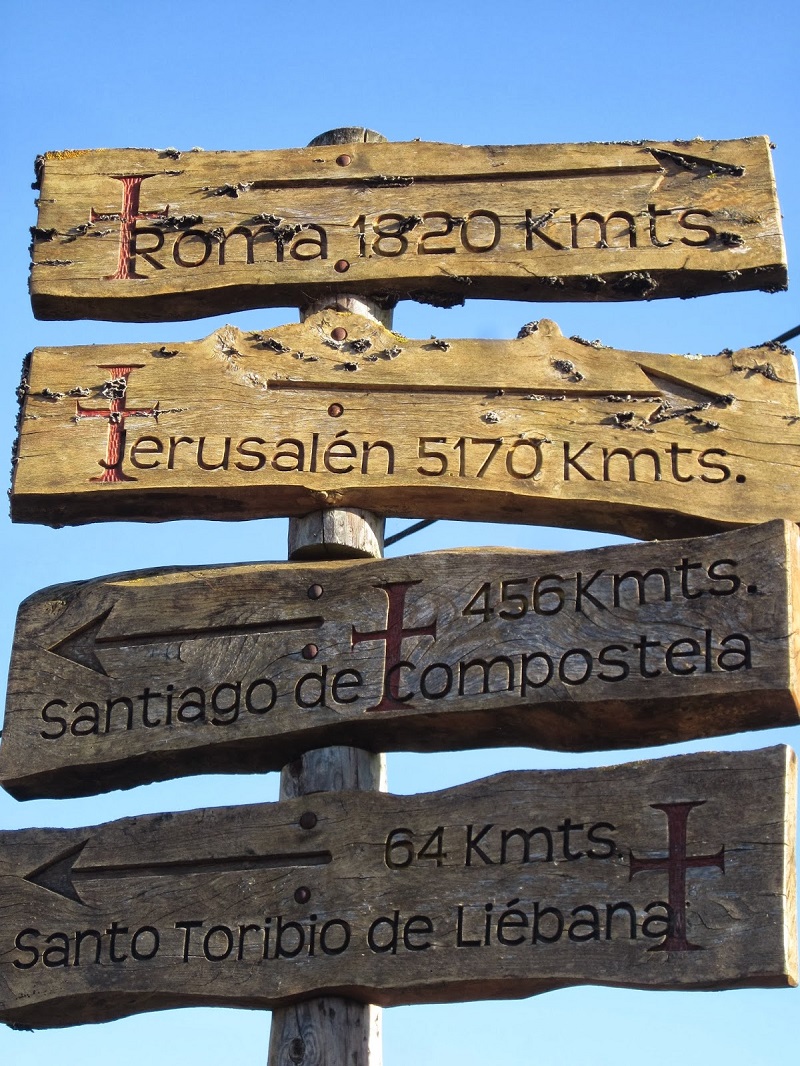 The North Ways to Santiago, known in Spanish as the Caminos del Norte, are the perfect frame to transmit history, on a regional, national and European level. They represent the first steps of the pilgrimage to Santiago de Compostela.

Cantabria is a crossroad for several of the Caminos. It is the only region with two Ways of Jubilee, one leading directly to Santiago along the northern coast, and one passing by the monastery of Santo Toribio de Liébana, leading the pilgrim´s feet into the Picos de Europa mountains to visit the Relic of the Cross. Since late antiquity, the monastery has watched over what is claimed to be the larged piece of the so-called True Cross. Tested by the International Forest Institute as a 2000 year old Palestinian variety of  cypress tree,  the wood of this formidable relic was used by the Church to test the authenticity of the other existing relics in the world. Once they obtain their certificate at the monastery, pilgrims can continue their way through the mountains into the French Way or Camino Francés to Santiago. From medieval times onwards, Santo Toribio de Liébana has been one of the places of perpetual indulgence for the Catholic Church,  along with Jerusalem, Rome, Santiago de Compostela and more recently Urda, Caravaca and Valencia.

There is much to be done in Cantabria to promote the millenary pilgrimage of Santo Toribio, ratified by pope Julius II in 1512 and listed as a World Heritage Site by UNESCO in 2015 as one of ’Routes of Santiago de Compostela’. With the proximity of the Lebaniego Jubilee Year, starting in April 2017, the regional government of Cantabria is planning a marketing strategy for raising awareness, improving knowledge, giving value and developing its touristic side.

We cannot understand Europe without the pilgrimage; this is the thread that connects our tangible religious heritage.

As the main pillar of this rich, intangible religious heritage, we have adopted the historic person of Beato de Liébana, an eight century abbot of the monastery who wrote the Hymn of St. James the Apostle, declaring him as patron saint of Spain. By doing so, Beato helped draw the map of Christian Europe.

With all this tangible and intangible heritage, and the various services and tools we have in our hands, Cantabria is developing a holistic program in which the pilgrimage can get locals involved in contextualizing the cultural history that lays underneath their traditions and their religiosity. In this way, we hope to make them  more conscious of the preservation of their heritage, as well as showing the possibilities of the pilgrimage as a source of sustainable tourism. The UNESCO listing of both Caminos as World Heritage Sites has been a great support in gaining recognition for the relevance of Cantabrian heritage. 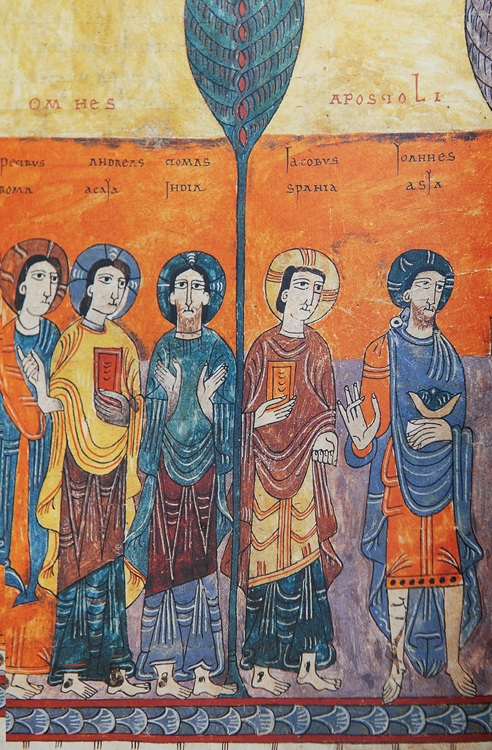 Currently, Cantabria is participating in the  European project ‘EUROPETOUR’, in which managers and stakeholders of various religious-cultural rural heritage sites across Europe come together to develop and promote tourism as a source of sustainability for the territories. Events like the Biennale ‘Future for Religious Heritage’ Conference place our heritage on the map by cooperation. Europe after all is made of many small heritages, each with their differences and their commonalities.

We are helping citizens to be aware of the importance of pilgrimage as an invaluable form of intangible heritage. We cannot understand Europe without the pilgrimage; this is the thread that connects our tangible religious heritage. It gives sense to the many religious sites, such as churches and monasteries, that were built along pilgrimage routes. Those are the markers of the Camino, they are a part of the Europe we can touch. But if we don’t commit ourselves to preserving them, one day they could simply be lost.

With the the celebration of Jubilee Year of Santo Toribio 2017 in Liébana, the European Year of Cultural Heritage 2018, the Europe Horizon 2020, and the Jubilee Year in Santiago de Compostela in 2021, we are rescuing and safeguarding the intangible heritage of a period which explains why we are today what we are, as community and a people.

It is a commitment to a greater awareness of a time when Charlemagne was emperor; when Alcuin of York in Saint Martin de Tours was hosting monks bringing him letters from his good friend Beato de Liébana, while he was consulted in Canterbury for the ceremony of Aethelbert as archbishop; when in Iona or Lindisfarne, the Columban monks produced the lavish beauty of the Book of Kells; when the writer of theCodex Albeldensis, wrote the first Arabic numerals in a western text. Just as then, we now live in an extraordinary valuable palimpsest of different cultures and traditions and as the Dutch poet Lucebert said:  “alles van waarde is weerloos”; everything of value is defenseless. 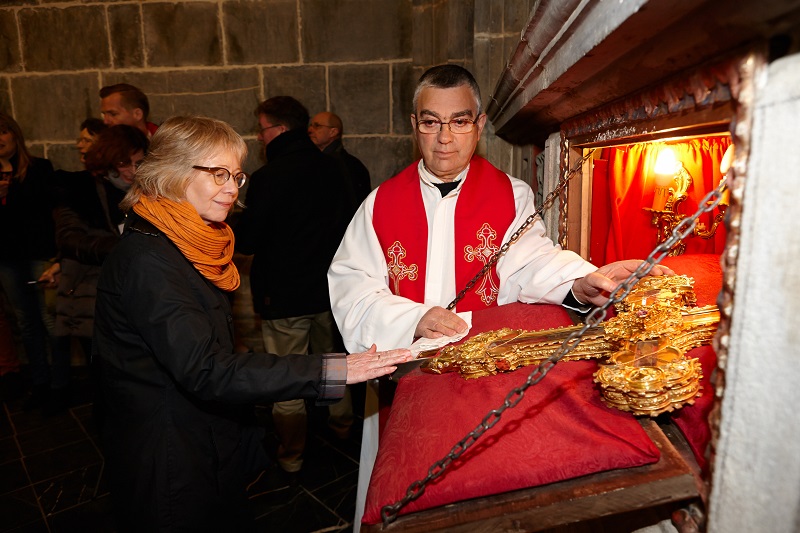 [Editor MMNieuws:] This article is an adaptation of the autor’s presentation at the The conference ‘Tourists, Travellers and Pilgrims: Encountering Religious Heritage in Today’s Europe, november 9-11 2016 in Vicenz, Italy.

Pilar G. Bahamonde is director of the Centre for Studies of Liébana and Museum Torre del Infantado (SRECD)