Placing cultural heritage at the heart of the EU 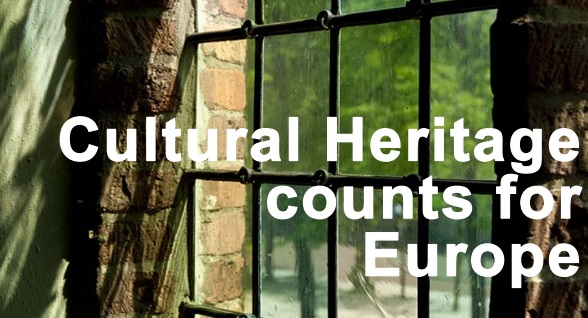 Heritage matters for Europe, that much is clear. Our castles, churches and museums play a central role in the formation of European identities and attract millions of visitors each year. The Lisbon Treaty acknowledges this importance and seeks to safeguard European heritage. Yet EU funding for cultural heritage projects was traditionally quite meagre compared to other domains. Together with many other cultural institutions, the European Heritage Alliance seeks to combat this lack of attention.

In 2011, a number of major European heritage organisations and networks met in Amsterdam to discuss the future of heritage cooperation. From this meeting the European Heritage Alliance 3.3 was born. The alliance was founded with an eye towards the Lisbon Treaty, article 3.3 which clearly stipulated that the European Union shall not only respect the cultural and linguistic diversity of Europe, but also work to safeguard and enhance it. The European Heritage Alliance currently encompasses over forty different networks and organisations, from civil society organisations and historic regions to small towns, private museum owners and individual heritage professionals. Through this diverse build-up, the alliance directly represents the heritage of tens of millions of Europeans (http://europeanheritagealliance.eu/).

The goal of the European Heritage Alliance is to better understand and highlight the importance of cultural heritage for modern social and economic issues through cooperation and collaboration. During the inaugural meeting, the members of the alliance came to the conclusion that cultural heritage played a minor role in European spending schemes. We wished to change the situation, but this required a strategy. We wondered how other topics were addressed in the EU. Environmental groups formed a first point of comparison: they succeeded in placing the environment and European natural heritage high on the EU priority list. Based on our findings a  long-term strategic plan to place cultural heritage on the European agenda was formulated.

If we are to draw lessons from our experience at the European Heritage Alliance, it is that we as cultural organisations have to work together and create synergies.

A crucial finding was  to learn to speak the ‘correct’ language. After all, you can’t speak Swedish to an Italian. We had to translate our ambitions and bring input in a way the EU institutions and governmental institutions in general understand and are used to work with. That meant facts, figures and structured information. We needed to develop a key findings document that also included an identification of the gaps in our evidence which hampered our ability to demonstrate the contribution of cultural heritage to the EU 2020-strategy and other key policy priority areas of the EU.

The impact of heritage

Cultural heritage, held by both private and public bodies, is worth an estimated five billion euros per year, as expressed in direct revenue but also in jobs dependant on heritage. But this number rises dramatically when we take into account the worldwide figures: some 40% of all world-wide tourism is culture-related. The tourism industry is main recipient of all this spending on culture: it generates 335 billion euro’s each year and provides some nine million jobs, many of which are directly or indirectly tied to cultural heritage. In collecting this data, we came to the conclusion that there was no readily accessible overview on the impact and benefit of cultural heritage on an EU-level. Our study would have to focus on providing evidence that demonstrated qualitatively and quantitatively how cultural heritage contributes or has the potential to contribute to the delivery of the EU’s overall 2020-strategy. The European Heritage Alliance took into consideration the three overarching priorities of the 2020-strategy and the ways in which heritage had a strong suspected impact on these priorities. In many cases however, there was as of yet not enough data to conclusively show to what extent cultural heritage benefited the priorities of the 2020-strategy. We set out to fill these gaps and come up with reliable data to draw conclusions from. 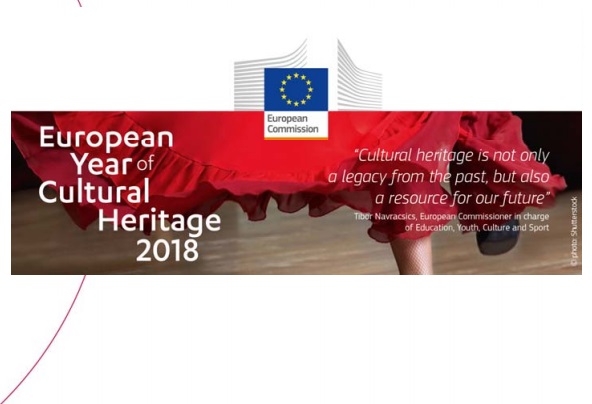 The research project was launched in 2013, in close cooperation with the European Commission of Culture. Six members of the alliance were chosen to contribute to the project, although all members provided support and advice. Only through full collaboration could we bring the research project to a successful end. In the meantime, all members spread the news about the upcoming study and lobbied institutions and organisations to show the relevance of cultural heritage. The long-term objective was to obtain recognition, which would than lead to more funding possibilities in the future funding scheme. We did not so much strive for immediate results, but to build better opportunities for cultural heritage.

Our research project launched at an opportune moment. A wide-ranging policy shift, both on a global and an EU level, was coming to fruition in 2013. For example, UNESCO adopted the Hangzou Declaration, placing culture at the heart of sustainable development policies. The following year, the European Commission of Culture drafted a communique entitled Towards an integrated approach to cultural heritage for Europe, which was subsequently adopted by the European Council, the European Parliament and the Committee of the Regions. In 2015, the Namur Call and the statement Cultural heritage in the 21st century for living better together. Towards a common strategy for Europe followed. And in 2016, the Horizon 2020-expert group reported on cultural heritage, granting 25 million to new research projects and studies in cultural heritage.

The research project ended in 2015 with the report Heritage counts for Europe, presented in Oslo. As the saying goes, not everything that counts can be counted, and not everything that can be counted counts. Heritage has an intangible quality that is difficult to enumerate, but the report nevertheless succeeded in putting hard numbers on the benefits of cultural heritage for Europe. We measured the impact over four domains: cultural, economic, social and environmental. Some 42% of heritage touched upon on one domain, 33% touched upon two domains, 19% on three domains and 6% on all four domains. Based on these numbers, the report listed five strategic recommendations for the immediate future: supporting evidence-based policy making; measuring impact; monitoring trends; sharing and disseminating data; and last but not least, maximising impact.

The policy shift of UN and EU institutions, in which the research project of the European Heritage Alliance played its small part, paved the way for a European Year of Cultural Heritage in 2018 together with a big support of a lot of European networks and culture related organisations. This European Year was officially launched at the European Culture Forum in Milan on the 7th of December, marking the beginning of a year with a focus on cultural heritage of all sorts. Fittingly, the European Culture Forum 2017 revolved around the impact of European heritage on societal and economic challenges. The same renewed interest in the power of culture and heritage was also evident from the EU meeting in Göteburg on November 17. Here, European leaders discussed the role of culture and education for strengthening European identity. In a communique on the meeting, the European Commission left little doubt about the value it attached to culture: “[i]t  is therefore in the  shared  interest  of  all  Member  States to harness the  full  potential  of education and culture as drivers for jobs, social fairness, active citizenship as well as a means to experience European identity in all its diversity.” And last but not least, in the Eurobarometer framework a special section on cultural heritage was published this month by the Directorate-General for Education, Youth, Sport and Culture. The Eurobarometer provides much valuable data on European attitudes to cultural heritage and its impact on society and economy.

The prominent backing of culture by the European Commission and other EU organs is an unequalled opportunity for cultural heritage organisations to make themselves heard on a European level and to showcase their contributions to society. If we are to draw lessons from our experience at the European Heritage Alliance, it is that we as cultural organisations have to work together and create synergies. Only through interdisciplinary cooperation will we be able to gain recognition on an EU level, and promote cultural heritage as a positive force on the economy, in society and for the environment. Join in and start using the hashtag #EuropeforCulture in your social media messages. Together we will enforce the year raise the voice of culture and ensure visibility. Visit the website https://europa.eu/cultural-heritage/ to learn more about the year, its aims, the calendar of events, the possibility to obtain a European year label 2018. Reinforcing a sense of belonging to a common European Space is key. I truly believe our shared heritage can enforce this feeling. Unity through diversity. Cultural heritage is not only a legacy from the past but also a resource for our future!

Lilian Grootswagers is owner and director of Erfgoed.nu, specializing in consultancy and funding in the field of cultural heritage. She is also a founding father of the Future for Religious Heritage network, part of the founding members of the European Heritage Alliance.