From Dark Ages to dark tourism

Death, spirituality and the modern tourist 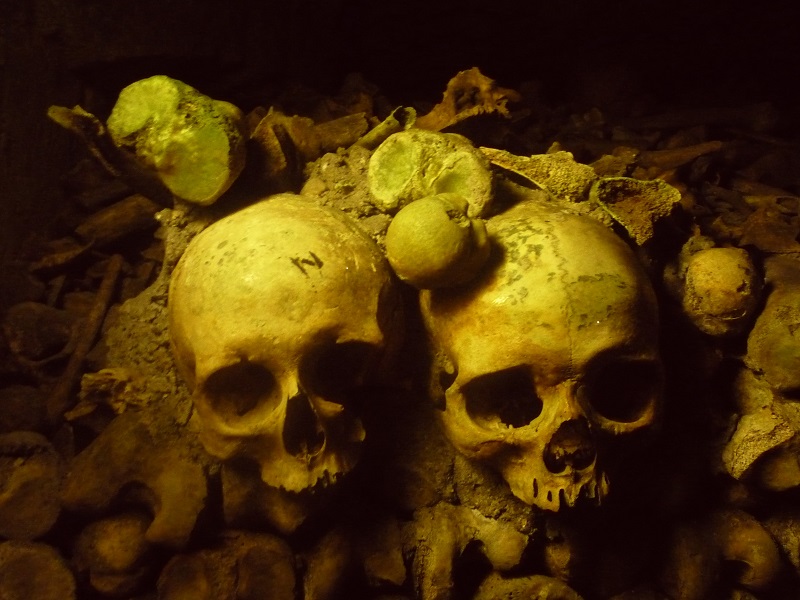 Dark tourism – visiting sites closely connected with death – is an increasingly popular form of travel. Given the focus on death, religious ideas and existential contemplation often play an important role in dark tourism. For heritage sites with a history of death or tragedy, dark tourism poses its own challenges in navigating between commercial exploitation and respectful preservation.

Religious tourism (or pilgrimage) is the oldest form of cultural tourism. Traditionally this was executed as a spiritual quest on foot to a holy site where the existence of God was felt to be present. For common people in medieval times a pilgrimage was one of the few permissible ways to leave home. While travelling, pilgrims had the chance to loosen the emotional ties with their working environment and leave their daily troubles behind. This gave them time to contemplate the meaning of life and death. Holy sites attracting pilgrims were often deliberately expanded for economic reasons: the money being spent by the pilgrims was needed to provide for the maintenance of churches and abbeys. By strategically attracting and distributing relics, holy sites could benefit the local economy and made them grow to attract more pilgrims. The massive nature of this early form of cultural tourism often led to frustration among pious pilgrims, commenting on the lack of tranquility and the greed of landlords. 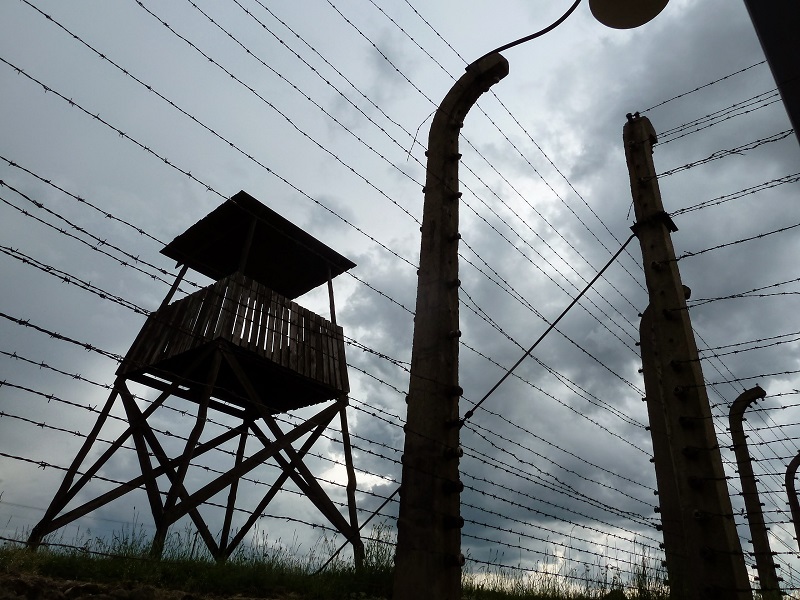 Although the number of tourists visiting churches, martyr graves and other holy places has increased over time, as a result of Western secularism most of the tourists are nowadays no longer religiously motivated. Secularism and mainstream New Age ideas caused a shift from a traditional pilgrimage to a spiritual journey of a more hedonistic kind. This spiritual quest focuses on the contemporary facets of human being, learning life lessons, and applying these lessons into one’s personal situation. A fascination with death often plays a major role in this process, for example because a journey brings travellers to places where death is present or can almost be ‘touched’.

Even in the secularised West, many people still recognize this function of religion as a way to connect to a transcendent reality through rituals around moments of life and death.

Scientists researching the field of cultural tourism have named this segment of heritage tourism dark tourism. Dark tourism can be described as “conscious travel to destinations where death, disaster or the macabre are present” (Stone, P., Death, dying and dark tourism in contemporary society: a theoretical and empirical analysis (2010), doctoral thesis). These destinations include visits to concentration camps, disaster sites, sites of terrorist attacks or battlefields. Heritage managers can benefit from a growing public interest, but need to consider the best way to present a dark heritage site, depending on the historical background of a site and the targeted audience. 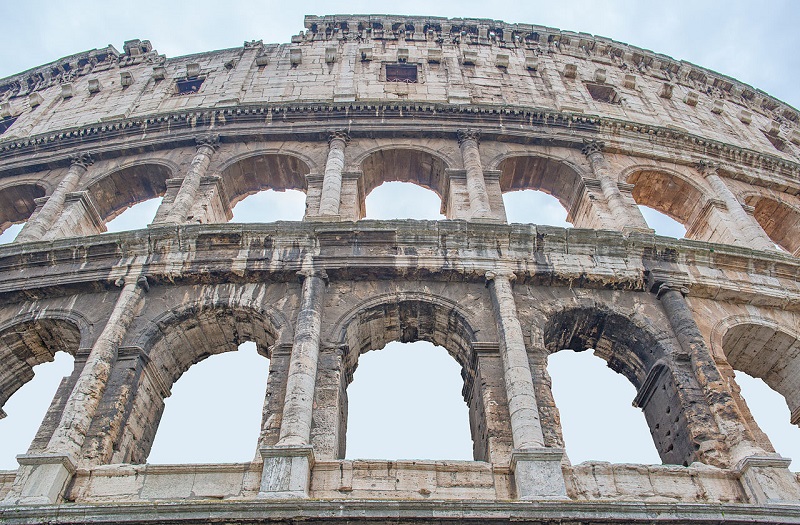 From history to culture

Several museums and institutions use marketing mechanisms and visual elements in order to respond to the interest in dark and macabre sites, with the purpose of attracting more visitors. Death can be used by museums or heritage sites as a form of entertainment, as well as being a realistic and horrifying educational tool. A dark tourism site or museum can be classified in the following diagram. The demand and supply determine the intensity that can be displayed in different shades of darkness. After positioning a destination on this scale, it becomes more clear whether we are dealing with a ‘softcore’ or ‘hardcore’ dark tourism destination. 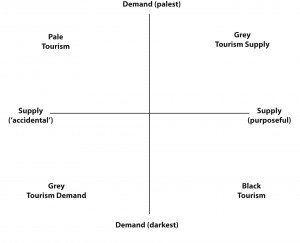 A matrix of dark tourism by Sharpley

A matrix of dark tourism[1]

Dark tourism is a way to experience heritage in the contemporary world. This phenomenon has added new meaning to the spectrum of cultural tourism. Both the growing public interest in history, and the growing tourism industry cause an increase in demand for a larger diversity of forms of heritage experience. Consequently, heritage sites more or less adapt to these trends, through their choice of communication and promotion. The response chosen by a heritage site can be categorized in the demand and supply matrix of Sharpley. The choice that is made needs to take into account a balance between the supply and demand side. An authentic heritage site can become a dark tourism site partly due to its history and contents. Adding too many marketing elements (and not enough serious content), can make the heritage site a disappointing experience for the targeted audience.

Dark tourism gives an extra meaning to our common past. Dark tourism sites are not just a historical lesson to visitors, but also represent and open up emotional channels to dark moments in our shared history. They represent the dark side of life as stored in our collective cultural memory. Dark tourism can confront the consumer (when watching macabre performances), and encourages contemplation about our own mortality. A confrontation with death, within the socially acceptable context of dark tourism, helps us to deal with the inevitable journey to life’s end. Studying death can thus enhance our understanding of the meaning of life.

Religious heritage connects closely to this function of dark tourism. Religion has always offered the faithful an understanding of the meaning of life and an explanation of what can be expected after death. Even in the secularised West, many people still recognize this function of religion as a way to connect to a transcendent reality through rituals around moments of life and death. When confronted with issues of life and death, many secular individuals still appreciate the rituals and reverence found in sites of religious heritage, even if they do not share in the corresponding belief system.